After 13 days of hiking and 180 miles, I decided to check into the Hotel Norte y Londres, a converted 16th century palace in the heart of the old city, and to stay in Burgos for an extra day.  What a delightful city!  The old quarter is on the north bank of Rio Arlanzon.  A grassy walkway runs along the river. 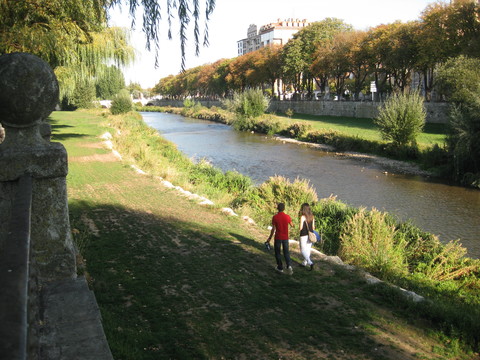 I spent an afternoon exploring the magnificent catherdral which dominates the skyline.  It started as a simple romanesque church, but in 1221, the saint, King Ferdinand III and Bishop Mauricio laid a cornerstone for a grand, gothic basilica.  It has been added to and remodeled every century since.  You can walk for hours through chaples with vaulted domed ceilings; elaborate scuptures of the lives and suffering of Christ and the saints; paintings by Spanish and Flemish masters; and the tombs of heros, bishops and benefactors.

El Cid is buried here.  His history as a soldier of fortune is a bit spotty, but he is generally regarded as an 11th century hero who liberated Valencia from Islam.  I have vague memories of the 1961 film starring Sophia Loren and Charlton Heston.  Do I remember correctly that in the movie El Cid died from a fatal wound, but they propped his body up on his horse, and he led his troops into the final decisive battle, his cold, dead fingers clenching his sword?  History tells us he actually died comfortably in his Valencia palace in 1099. 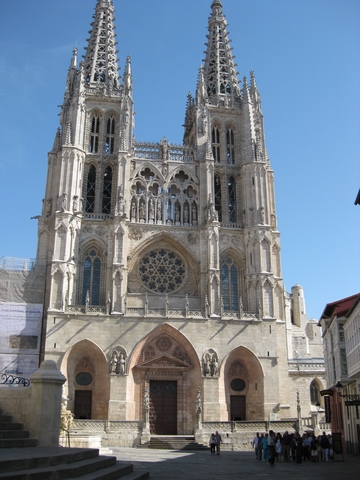 At night, the streets of the old city are bustling with revelers visiting tapas bars.  I joined them, then slept well, ready to return to the Camino de Santiago.