The hike from Roncesvalles to Pamplona took two days, climbing and descending the foothills of the Pyrenese.  Most of the trail was on mountain paths, ascending to ridges and dropping into the valley of the Rio Arga, which the trail crossed and recrossed.  Early in the morning, before dawn, I hiked with the north star to my back and Orion high overhead, passing through the ¨woodlands of the witches,¨ a dense beech forest.  During the 16th century, it is said that covens of witches practiced their rituals in this forest and that several were burned at the stake.

Pamplona is the first big city on Camino Frances.  Originally a Roman outpost, it was founded in AD77 by Pompey the Great.  The old city was walled, and the Camino enters Pamplona along a 60 foot wall of massive, ancient stones and through an arched gate with a draw bridge.

After hiking 19 miles, I was tired, but I was quickly rejuvented by the energy of the city.  The narrow, winding cobblestone lanes were alive with revelers on this Saturday night.  Music and people spilled out of the bars and onto the street.  I checked into the Jesus and Maria albergue, showered and went out to join the celebration.  The massive Plaza del Castillo was crowded with cafe patrons, chasing children, and promenaders.

The sun set and I made the rounds of taps bars - small plates of assorted morsels lined the bars.  A beer and a slice of toasted baguette topped with ham and a quail egg along with a plate of papas fritas.  Next stop, a glass of vino tinto with salmon sashimi on vegetable salad and how about a slice of toast with cheese and tomato.  On the big screen our futbol team just scored a goal, and we all cheered.

I staggered to bed at 11:00, exhausted, long before the celebration had started to s 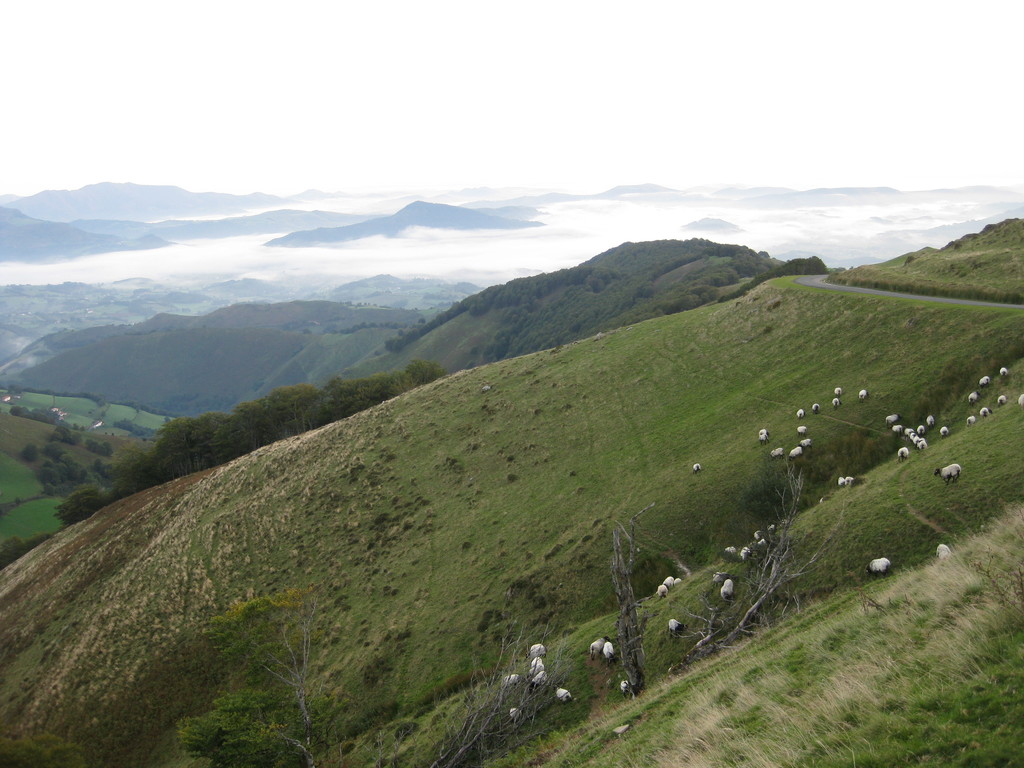 Comment by Tom Courtney on September 30, 2011 at 9:10pm
The trail looks so inviting and Pamplona so full of life and good food. Walking through this country feels like it would be the most intimate way to see it.